Why did you do this to me?

I look up at the sky hoping for a miracle. But miracles don’t happen and obviously, the sky is cloudless. No signs of rain any time soon, or maybe ever. The ground feels like sandpaper as it’s rubbing against my bare feet. The air is dry and filled with dust. I resist the urge to cough as I know it will only make it worse when I inhale the fine whirling sand.

It hasn’t rained for months and before that it hadn’t rain for years. I guess it’ll just take some time. It’s been seven years since we last had free access to water. I was only six and took it for granted, and now I can’t even remember what it felt like to take a shower. At this point everyone’s desperate. We need water now! Not only because water is essential to life but also because our food reserves are shrinking. All our attempts to grow food over the last years have failed due to dehydration and I am a hundred percent sure that the main cause of death on this planet is starvation.

Or maybe the most common cause of death is water related illness. The deaths related to bacteria in water or the lack of hygiene must have increased lately, I guess I’m not a hundred percent sure then.

I wake up from my thoughts and realise I’m almost standing in front of the water stand, finally after half an hour of standing in the never-ending line. It’s one of my chores to get the daily water ration for my family. I’m not old enough to work but not far too young to be responsible enough. It’s only natural that I’m on water duty. I mean, I happen to be the oldest kid in my family. I’m actually one of the youngest in the line, water is important business and seldom trusted to 13-year olds but I don’t have any older siblings to do it and my parents are working hard enough as it is. I also like to think that I’m more mature than other 13-year olds.

I get the two canisters of water that my family is allowed today and the young boy Tristan crosses out my family’s name on his list. I look at the water, it looks unusually dirty to me. Well, I’m used to water being a little miscoloured or “sandy” but this time it looks worse than ever. “What’s this?” I ask Tristan, my childhood crush, role model and son of our neighbours. “why is it so dirty?”. He says he doesn’t know and that it’s been looking like that all day. I sigh, at least it’s ten litres of water and I should be satisfied.

My family’s water ration is ten litres a day, one litre per person and two extra since we have three children under two. I am the oldest of six, I guess mum and David haven’t had anything

else to do for the last ten years. My dad left to fight in the war when I was little and hasn’t returned since. A couple of years later my mum met David who is the father of my five younger siblings.

When I’m done I wait for Tristan’s shift to end. We live next to each other and walk home together almost every day. It’s usually the highlight of my day. We just walk together and talk, laugh and enjoy the little things in life. I think I dare say that Tristan is my very best friend in the entire world.

As I walk home with the water in a cart behind me I’m afraid. I’ve hid the water under a blanket but it’s obvious what I’m hiding. Two canisters contain a lot of water and therefore I’m attracting basically every thief in the area. I watch out for them as I walk the long way home. It’s hard to know who’s a thief and who isn’t. When people are desperate you never know what’s going to happen and believe me, right now people are more desperate than ever. An innocent looking person can be so desperate in the search for water that he or she is prepared to kill me for the ten litres I’m trying to hide. I look at Tristan and feel a little safer. I mean he just happens to be one of the strongest boys I have ever seen and he has sworn to protect me.

It’s funny how in the last few years water has become more valuable than anything else. When I was little my mum used to tell me stories about the past. About when people had unlimited access to water inside their houses, they even used it to flush away their feces. To them water was almost entirely free of charge and an unlimited resource. No one ever thought about the fact that nothing is unlimited, or if anyone did no one listened. To us, water is worth more than anything and people are killed for it every day. There have been several wars about the water already. The one being fought today is the biggest so far. Almost every country in the world fights over the few existing water reserves with clean water from the 21st century. I guess it’s just another way of dealing with overpopulation because everyone knows there won’t be a winner in the end.

I look out over the dry, brown fields and sigh loudly. As I watch the brown fields it’s almost like I can see the crops wither away and die. I wonder what we’ll eat next year when the reserves are empty. Most of the farm animals were slaughtered a long time ago and there

won’t be any more in a long time. Apparently, some people in a village not far from us got sick of being hungry all the time and started eating other peoples’ corpses.

“What are you thinking about?” Tristan wakes me up from my thoughts.

Tristan laughs too but the seriousness doesn’t leave his eyes, it never does. He puts his arm around my shoulder almost like he tries to protect me from my thoughts.

I sigh again. “I just wish someone in the past would have stopped for a moment and asked themselves what the hell they were doing.” “And I wish that someone had done something, anything, to prevent all of this from happening”.

Tristan looks at me with sorrow in his eyes and holds my hand all the way home. 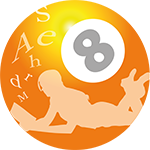